Bug Description:
1. Small minor graphic bug where small parts of the grass turn black. It has no physical change on game play or characters. This is a small graphic bug and it does not seem to affect game play what so ever. 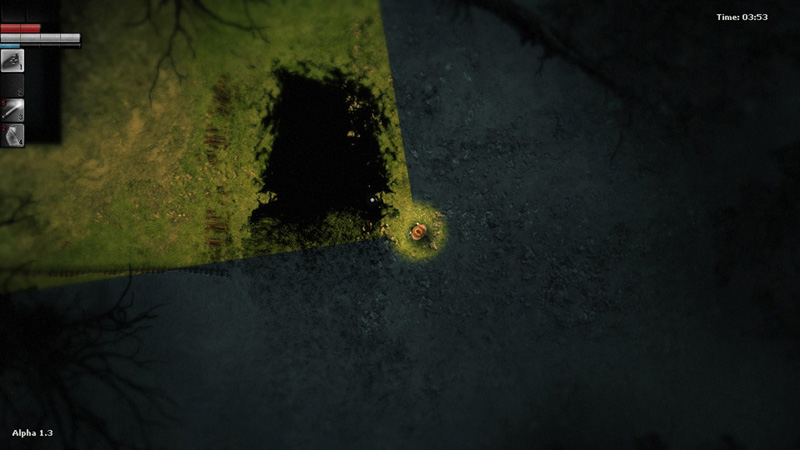 how to Reproduce bug:
1. Not sure as this bug occurs randomly. I loaded my game save and found this bug just outside my hideout. It could be a corrupt save file. 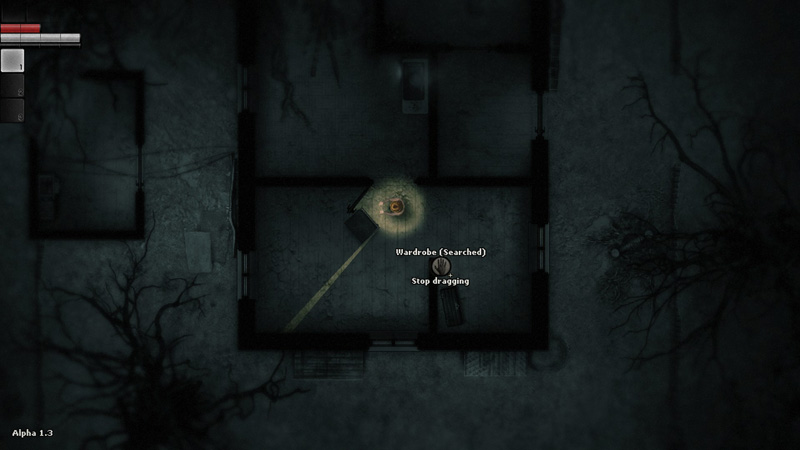 how to Reproduce bug:
2. Start by dragging furniture across in a straight direction and then drag in a diagonal direction such as north west or south east etc while stile dragging.


Bug Description:
3. Not sure if this is a one off bug that rarely happens but I found a passive dog in the Cottage with the locked bathroom. I did not have the skill "Animals will not attack you" in level tier 1. Dog seemed to have clipped in the nearby door as i opened it, distracted dogs to other room trapped them, except for this one dog. It kept replying an animation as if it was trying to turn. I even tested to see if it would act aggresive by walking up to it

How to reproduce bug:
Try to get dog indoors, open door door and wing it open to hit the dog. This may or may not work as I could not see when i opened the door into the dog. I was mainly playing the game and distracting the dogs into other room and close the door on them to trap them