Bug Description:
When I change the bindings on my Keyboard within options > controls, on the right hand side it does not show what I just changed the key to. for the "Up" command on the left for the original key it is W but on the right it is shown as "..." even though i just changed it to my own preferred key binding. I am a left handed player (left hand on mouse and right hand on keyboard) and i prefer to use the right side of the keyboard when playing games so I map all movement keys to the arrow keys and as close as possible around the arrow keys along with all other key commands. This bug may have an issue with the right side of the keyboard such as the arrow keys, the "Insert" to "PgDn" keys and all the KeyPad keys. Even though it does not show the key changed to, it still uses that key I changed it to. So its just a graphical glitch/bug and does not really break the control changes in options.

Here is a short list of what the image below should show instead of "..." on the changed keys on the right:

How to reproduce bug:
press Escape key > Options > Controls and change a few keys to any other key from the original. For me it showed "..." on the right. Try using right hand side keyboard keys like arrow keys and keypad keys. I remember the changes made did show up depending on which key you changed. 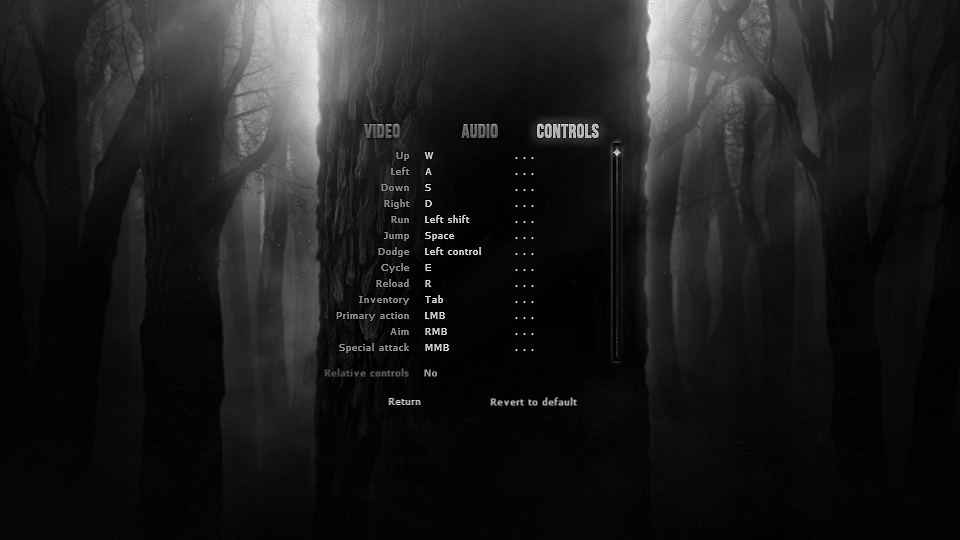 Edit: I am using the Microsoft SideWinder X4 as my current keyboard.