well, this was buried, lets give it the frankestain´s monster treatment :>

Nice work zuriumob, but I kinda not understand what happened in the end of 2nd part. Is rain switched his AK to safe mode? )
Also, it's not so important here but if you interested, correct russian translation for "safe" looks like "безопасный" but for weapons is "предохранитель".
Top

thank you kindly, i think i forgot to mention it was translated using google translate, so i had to chose from quite a list of posible "safe" conversions, seems i chose the wrong one.
also you not understanding its probably all my fault, its suposed to represent the protagonists failure to realise the gun had the safe on. :>
Top

Have some "American Gothic" inspired doodle 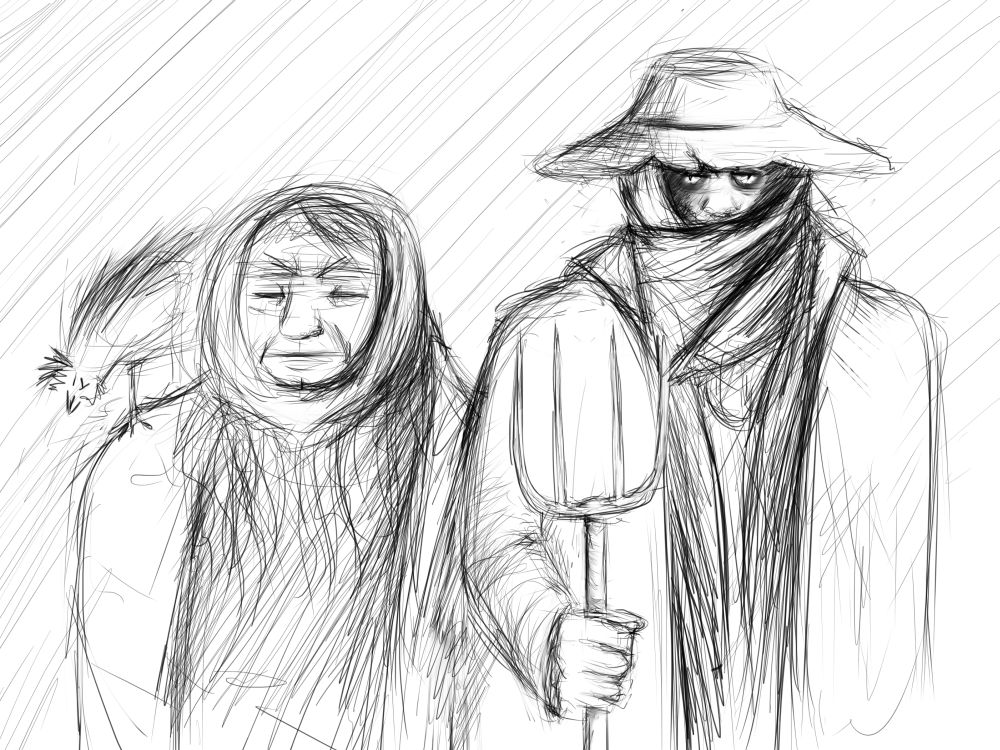 Demosphere wrote:He seems like a good guy to me .....

He plants bombs in Piotrek's ship and laughs at the Chicken Lady's misery when she's crying for her dead brother, I'm sure he has reasons for it but he's still quite the arse.

He is just misunderstood. I am sure that his story is the saddest of all.

Wolfman is one of the main antagonists. He hunts down uninfected humans and stuffs them, then dispays them in his home. Most likely he also sends all the dogs out to kill for him, and he created the wolf hound things
Top

Nice art! Keep up the good work! I'm working on a full size bust of the main character, should have it done sometime this month.
Top
Post Reply
44 posts